Game description from the publisher:

At launch in November 2016, Star Wars: Destiny consists of two starter sets — Rey and Kylo Ren, each with nine dice and 24 cards — and the Awakenings booster packs, each containing one die and five cards. 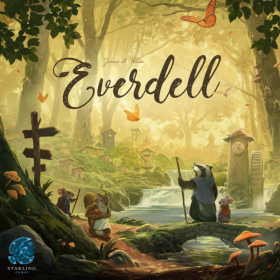 Within the charming valley of Everdell, beneath the boughs of towering trees, among meandering streams and mossy hollows, a civilization of forest critters is thriving and expanding. From Everfrost to Bellsong, many a year have come and gone, but the time has come for new territories to be settled and new cities established. You will be the leader of a group of critters intent on just such a task. There are buildings to construct, lively characters to meet, events to host—you have a busy year ahead of yourself. Will the sun shine brightest on your city before the winter moon rises? 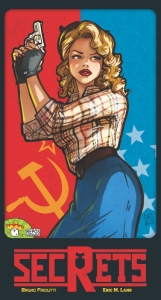 In Secrets, the second co-design between Eric Lang and Bruno Faidutti, players are assigned a hidden team — the CIA or KGB — and are trying to collect the most points for their side. In addition, one or two players are secretly anti-establishment Hippies who are working for nobody. Their goal is to fight the Man and have the fewest points. 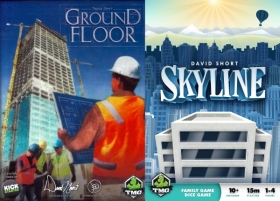 This Kickstarted bundle also includes the game Skyline, as well as the Ground Floor: Overfunding Achievements! Click the link to see details on the bundle's page.