Race for the Galaxy: Alien Artifacts
Out of Stock

~45 cards and Alien tokens used to represent the Alien Orb which players jointly map and explore, gaining tokens of various types that provide powers and VPs. There are also five new Explore action cards used to map the Orb (instead of gaining an additional card or greater card selection).

The Alien Orb scenario provides a new RFTG experience, as players have to balance how much effort, resources, and actions they wish to put into exploring the Orb versus developing their empires. 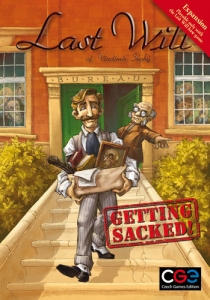 Last Will: Getting Sacked

In Last Will: Getting Sacked, the lawyers have found a hidden clause in your uncle's last will. Spending money faster than all your relatives will not be enough. To inherit your uncle's fortune, you must also lose your job! After all, your uncle's heritage can't go to someone who's employed! 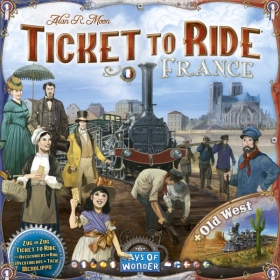 Ticket to Ride Map Collection: Volume 6 – France & Old West includes a double-sided game board that features France on one side and the western half of the United States on the other. 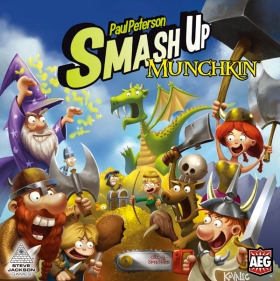 The "shufflebuilding" game Smash Up starts with a simple premise: Take the twenty-card decks of two factions, shuffle them into a forty-card deck, then compete to smash more Bases than your opponents! Each faction brings a different powers and sometimes different game mechanisms into play, so every combination of factions brings a unique play experience.

During play, Base cards (each with their own difficulties and abilities) are in play. You attempt to have the most power on the Base from your minions when the Base is smashed because when that happens each player in first, second and third place scores points.

Smash Up: Munchkin is a Munchkin-themed version of Smash Up. There are eight factions; Clerics, Halflings, Orcs, Warriors, Elves, Thieves, Dwarves and Mages.