Ever since he witnessed a battle between Electro and Daredevil as a child, the life of a supervillain was enticing to Parker Robbins. Later, while stealing money to pay for his mother’s medical care, a chance encounter with a demon left Robbins with a pair of boots that let him walk on air and an equally-mystical red cloak. Now, as the Hood, Robbins and his budding criminal empire are swiftly becoming a formidable threat to the people of New York City.

This 78-card scenario pack introduces a new scenario to Marvel Champions showcasing the Hood and his notorious organization of supervillains. Also included are a whopping nine modular encounter sets that can be mixed in with any scenario—including the Hood’s—to add more customization options to your Marvel Champions experience. Are you prepared to take down a dangerous criminal empire?

Dark Souls: The Board Game - Manus, Father of the Abyss Expansion Set

This is the Manus, Father of the Abyss Expansion Set for Dark Souls: The Board Game. It was a **retailer exclusive add-on** from the Kickstarter campaign. 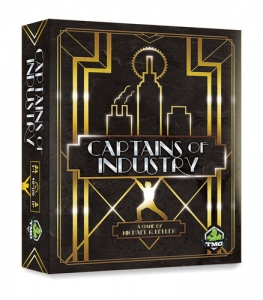 As a captain of industry in the suitably titled game Captains of Industry, you will vie for domination in the cutthroat arena of the marketplace. To do this, you will:
Build facilities to control supply,
Develop real estate to manipulate demand,
Invest in technology to increase efficiency,
Complete hidden agendas to secure your legacy, and
Undercut the competition to dominate the marketplace!
You will depend on your opponents to fuel your expansion as they exploit your production for theirs. Supply and demand are king in this player-driven marketplace! 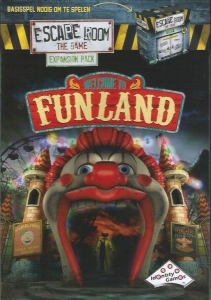 Expansion for Escape Room: The Game. In this escape room you have to try to escape a scary theme park.


You need the following parts from the base game: