Deception: Undercover Allies
Out of Stock

A tremor of fear ripples through the population in the streets of Hong Kong. Word is out that a recent string of murders may have been committed by one of the very investigators charged with solving them. The police are bringing in more help. Behind the scenes, the killer is recruiting too.

In Deception: Undercover Allies, new roles give special powers to both teams. More means and clue cards increase the possible solutions to the crime. Fresh scene tiles bring more life to the forensic scientist’s descriptions. And a new event challenges the already tenuous trust which exists among the investigators.

With so many new variables, both sides will have to find new ways to deal with the deception that surrounds them. 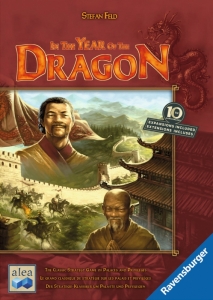 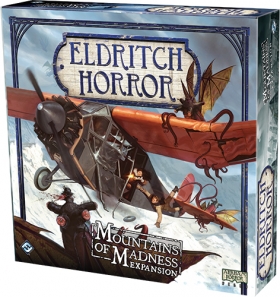 Explore the farthest reaches of Antarctica in Mountains of Madness, the second expansion for Eldritch Horror. Inspired by H.P. Lovecraft’s novella, this expansion allows you to trace the path of a doomed expedition and enter the immense City of the Elder Things. What happens in Antarctica has worldwide repercussions as freshly-awakened horrors spread across the globe.

Eight investigators offer new roles to play as you confront these chilling, inhuman threats. Numerous additional Assets, Spells, Artifacts and Conditions may help investigators or harm them, and for the first time, Adventures and Prelude cards shape the international struggle against the Ancient Ones. Do you have the strength to survive Antarctica’s frozen wastes, encounter the Mountains of Madness, and stave off the end of human civilization? 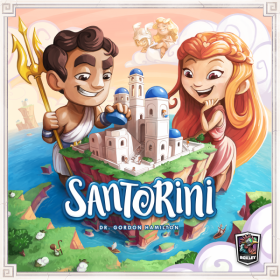 Santorini is a non-abstract re-imagining of the 2004 edition. Since its original inception over 30 years ago, Santorini has been endlessly developed, enhanced and refined by mathematician and educator, Dr. Gordon Hamilton.

Santorini is a highly accessible pure strategy game that is simple enough for an elementary school classroom. But with enough gameplay depth and content for even hardcore gamers to explore, Santorini is truly a game for everyone. The rules are deceptively simple. Each turn consists of 2 steps:

1. Move - move one of your builders into a neighboring space. You may move your Builder Pawn on the same level, step-up one level, or step down any number of levels.

2. Build - Then construct a building level adjacent to the builder you moved. When building on top of the third level, place a dome instead, removing that space from play.

Winning the game - If either of your builders reaches the third level, you win.