Century: A New World
Out of Stock

Century: A New World is the third and final installment of the Century series from designer Emerson Matsuuchi.

Century: A New World sends players to the Americas at the dawn of the 16th century. Braving the wilderness, players are forced to explore new lands, trade with local inhabitants, journal their findings, and hunt/gather to survive! The game integrates the compelling and incredibly fun resource trading mechanisms found in the Century series with a worker placement mechanism with a twist!

Century: A New World may be combined with Century: Spice Road or Century: Eastern Wonders or both for all new mixable games.

In New Frontiers, a standalone game in the Race for the Galaxy family, players build galactic empires by selecting, in turn, an action that everyone may do, with only the selecting player gaining that action's bonus.

The developments to be used are determined during setup, allowing players to make strategic plans based on them before play begins.

Many worlds that players can acquire have special powers, with these worlds being drawn from a bag during the Explore phase. Unlike in Race, in New Frontiers worlds need colonists to be settled, in addition to either payments or conquest. 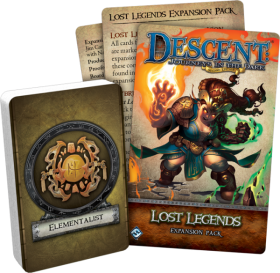 The heroes of Terrinoth take on many shapes and sizes. From stoic warriors leading the charge of battle to powerful mages harnessing the power of rune shards to conjure powerful magics to defeat their foes. Your adventures in Descent: Journeys in the Dark Second Edition have seen you step into the shoes of countless heroes, and now your options are even greater.

Now discover ancient knowledge lost for centuries with the Lost Legends expansion for Descent: Journeys in the Dark!

Lost Legends includes new class options for players venturing into the dark, including two new standard classes and eight new hybrid classes. This expansion opens up hundreds of new hero and class combinations for you to discover as you continue your adventures in Terrinoth! 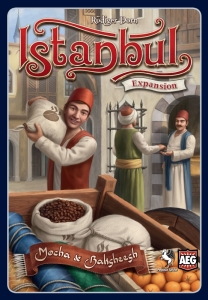 Selling precious fabrics, the finest of spices, and the freshest of fruits in Istanbul was very good for business. But now the customers at the bazaar have discovered a new delicacy: coffee! As the cunning merchant you are, you sense the fortune you can make by selling the tasty bean.

To overcome these new challenges, you will need more help than just that of your assistants. Luckily, for a baksheesh, the guests at the tavern are willing to take a little side job. Also, at the guild hall, you can find the valuable help you need.